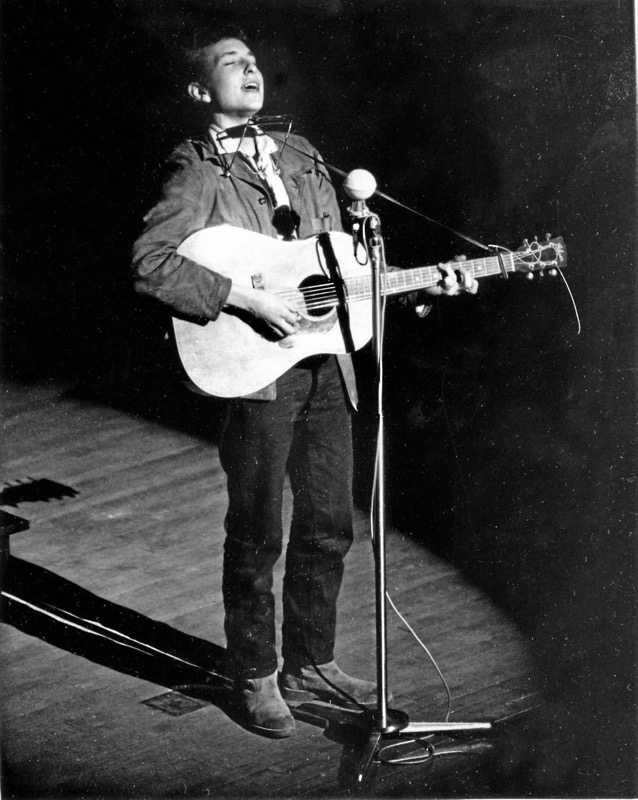 We are celebrating Dylan’s inspiring commitment in another way, too. From 1990 until 2019, he played an average of more than 100 shows a year – every year – all around the planet. Can you imagine that? Forget the artistic requirements, could you even face the travel? It takes most people a fortnight of sweat to psych themselves up for a wedding speech or an instantly forgotten work presentation in their home town. But consider what it’s like holding an audience of thousands for two hours with nothing but your voice, your songs, your words. [...] And it’s in the live performances that we’re celebrating another thing about Dylan’s extraordinary creative dynamism. Because every night he plays his songs in a slightly different way. Works from decades ago will be reimagined and reshaped so as to acquire new resonances – not just for the audience, but also for Dylan himself. Unlike, say, Mick Jagger, whose work is some kind of frozen-in-time museum re-enactment, or Paul Simon, whose fastidiousness speaks somehow of anxiety and limitation, or Paul McCartney with his nursery rhymes, Dylan writes songs that are textured and capacious enough to withstand endless reinterpretation. A common experience when seeing him live is to discover that a song that you thought was about rage is suddenly transformed into something tender. Ten years on, at another concert, that same song you now think of as tender turns out to be a wry throwaway burlesque. The burlesque later becomes an elegy. And on it goes.