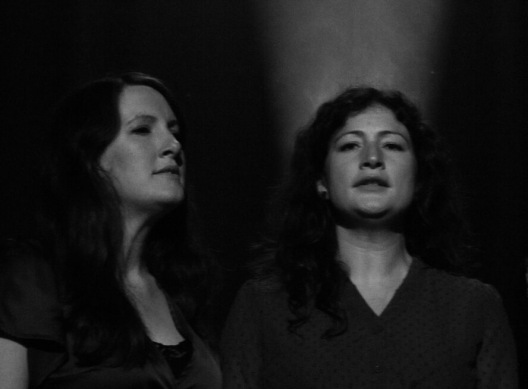 I discovered Autechre in 1998, so I was already really into them by the time they released Confield in 2001. I saw them for the first time on the tour for this album in L.A. That was a super-exciting, life-changing show for me. They were going real abstract. I grew up being a fan of people like Edgard Varèse and Iannis Xenakis and stuff like that. For me, it felt like I was at the modern equivalent of that. I looked around the audience and saw people trying to dance, but weren't sure where the beat was. There were people sitting on the floor with their heads in their hands. Others were just watching them. And I saw some people just closing their eyes and having their own experience. It wasn't like classical music where you're supposed to sit in your seat and just appreciate the music. Everyone was able to have a different kind of reaction to this thing we were hearing. I related it to classical music at the time. It was like they had really gone over the edge. It wasn't necessarily dance music anymore. Sometimes as a musician I have a fear of being too weird and alienated people, especially back in 2001. But when I saw that I was like, “Wow. Those guys are not scared at all”. For me, they're the modern version of what in the Victorian age they would call courage or bravery or whatever. They go in the direction that their spirit leads them and they don't worry if people are going to understand it or not, and they put so much feeling into what they do, and the abstraction never gets in the way of the feeling. They're the musicians that I stand most in awe of. Where you see rock musicians just get worse and worse, or just get more distilled, Autechre just keep getting better. It's the kind of thing where I hear it and think, “God, I'd love to be able to do that”. Aaron and I have made a lot of music that has satisfied that part of me, where it's along those lines but man, there's no imitating Autechre. I don't have greater admiration for anybody else.

(…) I used to play Jimi really loud all the time in our apartment, so that’s how Miles Davis was introduced to his music, just like I introduced him to Sly and Otis Redding. I remember I had Jimi and some people over our apartment for a Moroccan meal. Miles wasn’t able to be there because he was working at a club. So, Miles called, and he said: “Put Jimi on the phone”. And Miles asked him to go over to the piano and read the sheet music and tell him what he thought. And Jimi said: “I can’t read music”. The fact that Jimi couldn’t read music, and he was that rhythmic, really impressed Miles. His understanding of what a musician was changed when he met Jimi.

(…) Two sisters from Northumberland with voices like clear running water and single malt scotch. Some of the slowest most mournful and lyrical songs ever put to tape or whatever recording method. Also an amazing violinist, drummer and assorted other musicians. The song Here’s the Tender Coming, about geordies being press-ganged into military service in the Royal Navy is one of the most beautifully elegiac things I have ever been fortunate to hear in my short life. The violin part makes me weep like a small child.