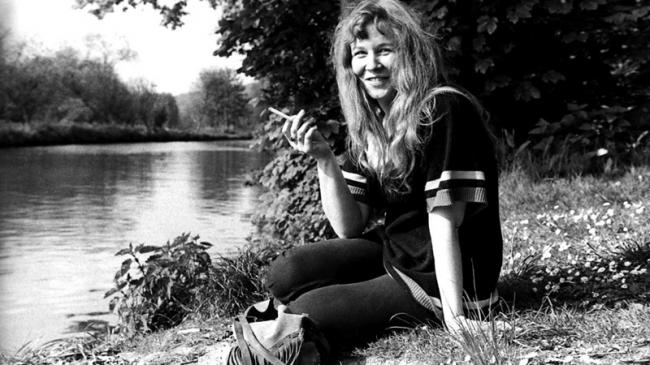 Because I understand very little about both maths and music theory, I can indulge in romantic ideas about them which aren't tied to having to be true. When I first heard this piece I literally stopped dead in the street. I remember walking along the Bristol to Bath cycle path and feeling like some kind of mathematical truth had just been explained to me. The piano melodies weren't just musically pleasing – it wasn't a matter of taste that I liked them, they were correct in some kind of universal way that I couldn't put into words. I know how that sounds but I just can't describe it in any other way. Listening to Beethoven is the thing which makes me question what music actually is the most. (…) There is a great scene in the otherwise awful Day The Earth Stood Still remake, where the alien who is sent to destroy us is convinced there is hope when John Cleese plays him a piece by Bach... It demonstrates some higher mathematical or philosophical understanding that we had otherwise failed to convey as a species. It's a crap film but a good idea. I should check out the original.

English folk rock is probably more my thing than anyone else in Neurosis. It's funny because as a young man I shooed away folk, country, Americana, European folk... all that stuff just seemed corny to me. I was just into hard rock, heavy metal, punk rock, strange-sounding industrial and the weirdest stuff I could find. But then I started hearing music from other cultures - Indian classical, Tibetan chanting, Mongolian throat singing - all of this interesting folk music. That led me back around to British Isles folk music, Celtic music and the Celtic rock revival of the 60s and 70s. So I took the long way home essentially. It was those Celtic ballads that travelled to the Appalachian mountains and started drinking a different type of whiskey and then changed into something else. That’s how we ended up with country and western plus bluegrass in America. I went deep into Irish folk music. I really wanted to learn how to play uilleann pipes and I took some Scottish Highland pipe lessons for a little bit but I didn't stick with it, but that led me to Sandy Denny. I went, 'Oh yeah, I know that voice, that's on Led Zeppelin - ‘The Battle Of Evermore’, classic.’ It's funny how many people love Led Zeppelin, yet don't know who Sandy Denny is. It's almost a crime. (…)

This song is so prophetic that it still speaks to the age we live in today. Lines such as, “I saw guns and sharp swords in the hands of young children” or “the pellets of poison are flooding their waters” are now facts found in today’s newspapers. Other lines are the embodiment of mystery. The imagery in “I saw a white ladder all covered with water” will always haunt me, along with “I saw a black branch with blood that kept dripping.” Each image stands alone, a miniature painting, a snapshot in the landscape of the soul. Still filled with power, needing no explanation.

Unlike a lot of modern musicians who are hellbent on this individuality thing, I openly admit to thievery. I steal. And I steal a lot from Brahms. There are times it’s unintentional, and times it’s quite intentional. This was 50/50. I did some music for “Ma Rainey’s Black Bottom,” and I wrote a melancholy piece for Toledo, the piano player in the movie, and string orchestra. I’m writing the melody and I resolved it in the third and fourth bars. I stole that second half from somewhere, but it took weeks for me to figure out where. Of course, I took it from one of Brahms’s intermezzos.

Ligeti sums up what I love about the possibilities of choral music and orchestration. These are instruments and sounds we know and love but in Ligeti's hands they become something else. They draw us through expectation into another place and another way of hearing them. I love that sensation in other albums, too, like My Bloody Valentine's Loveless. You know the source is guitars but you are drawn through that understanding to reconsider them entirely. I don't underestimate the importance of that blurriness in music. Refusing the absolute and allowing the not knowing is so important.